The Australian article : The fire guardians 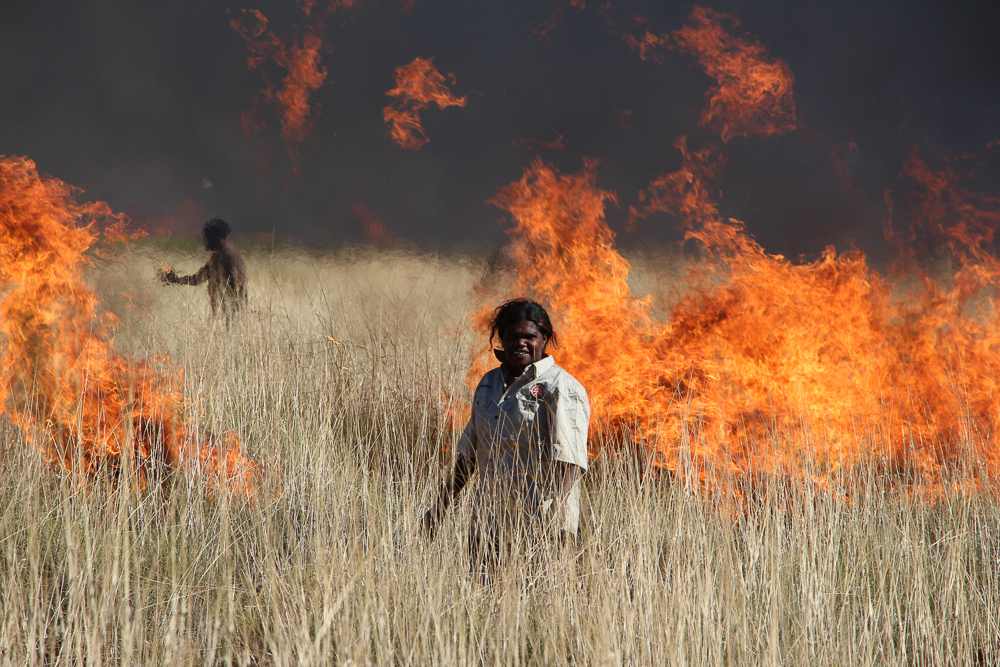 In early summer, bands of lightning sweep across the vast deserts that stretch across Australia’s interior, sparking waves of fires. Hundreds of fires. Some of the largest in the world, without drawing any real attention around the nation.

It’s a striking example of the under-appreciated, dynamic beauty of Australia’s arid deserts. Home to some of the country’s best-preserved ecosystems, and a wealth of endangered species.

The deserts are, above all, vitally important to Indigenous Australians.

“Our old people, that’s where they were born. They were born, they sat, they crawled, they walked and grew up on the desert, in the desert,” says Nyangumarta woman Nyaparu Rose.

“The desert holds our culture, our language, our stories.”

Nyaparu Rose is an Elder from north of Port Hedland, and sits on the steering committee of the 10 Deserts Project, which brings together Indigenous groups from country that stretches across almost every state in Australia.

The project aims to be the largest Indigenous-led conservation network in the world, with a range of initiatives targeted at preserving these diverse, fragile outback ecosystems.

“It is important for us to educate non-Aboriginals about our culture, about our country, how to care for our country and to keep it healthy”

The whole project is underpinned by a focus on Aboriginal cultural and ecological knowledge. The 10 Deserts Project is an explicit endorsement of Indigenous Australians as the best caretakers of the desert. 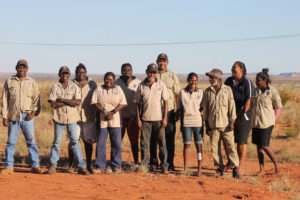 The Martu community rangers protecting the diverse, fragile outback ecosystems of the desert

Fire management is one of the strategic planks of the 10 Deserts Project. It’s a vital focus given both the central role of fire in traditional land management practices and the destructive potential of fires in central Australia.

“These wildfires in arid Australia are among the biggest fires in the world,” says 10 Deserts fire management officer Gareth Catt.

Catt says that unmitigated fire can be a significant threat to the environment, but it’s also the greatest tool available in managing the landscape.

Fire can be used to burn back overgrown weeds and renew diversity, or encourage the growth of edible plants and herbs. It’s a tool used to both hunt animals, and create habitats for others that need protection.

But as Indigenous Australians were removed from the deserts, or found it harder to move freely through lands held by various government or private bodies, these traditional land practices have fallen away. “One of the highest rates of mammal extinction on the planet have occurred in the deserts of Australia. Their decline coincides with the reduction in traditional practice in the arid zone.”

So Catt is helping to support Indigenous groups throughout the 10 Deserts Project in developing their own fire management strategies, and getting back out onto their country.

The project is creating new ranger jobs, with a focus on extending opportunities to Indigenous women as well as men, and investing in travel and logistical support to help local custodians navigate some rugged patches of Australia. 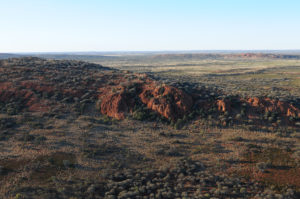 “Traditionally, women were some of the prime drivers of the fire patterns in the landscape, because they were constantly hunting and foraging,” says Catt.
At a recent fire management workshop held in the Great Sandy Desert, Catt was able to train a number of women from two claims around the Pilbara in aerial burning, using helicopters.

He says it’s critically important to “reinstate the gender balance in managing country”.

Above all, though, Catt wants to empower local groups to manage the land in the ways they see fit.

“It gives people a reason to access country, and to maintain their own country for the betterment of their environment and the benefit of all Australians.”

Catt and Nyaparu Rose both agree that the other real opportunity here is to “put the deserts on the map”. This massive slice of the country contains many amazing places, and amazing people, but has been largely forgotten by local and international tourists.

The 10 Deserts Project was launched last year with the support of the BHP Foundation, and is now one of six projects under the Environmental Resilience Global Signature Program.

Nyaparu Rose says that the project, and the support of such a significant corporate partner is “just an awesome thing”.

“For myself, I feel so proud about projects like this… Because we’re doing it our way, our way. Caring for our country.”

“The project is reconnecting us, reuniting us with other desert mobs so that we can learn from each other.”